How we make a difference

Since we were established in 2008, we have provided critical help to over 3000 women from Luton and Central Bedfordshire. Many of these women have been at imminent risk of harm or have survived abusive relationships but are left with trauma and need practical help to get their lives back on track.

Our purpose is to equip women who have suffered abuse or are vulnerable due to substance misuse, with the skills, hope and resources they need to make positive life changes. Below are some real (anonymised) examples of the help our team has provided. 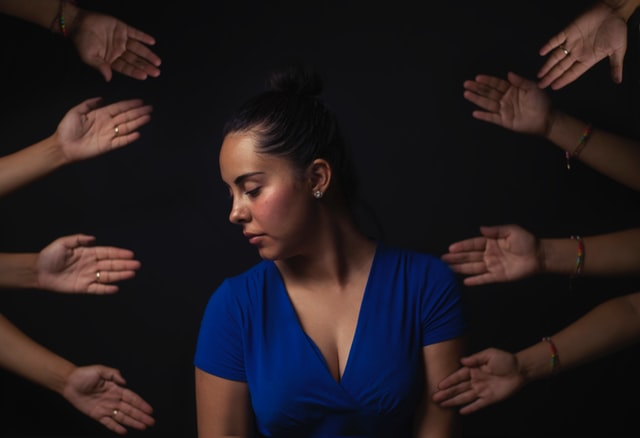 Zarina was referred to Stepping Stones in June 2019. She had just been sentenced to complete 500 hours of unpaid work by the courts after being involved in a gang attack on another female.

She was 18 years old and had arrived in the UK when she was 10. Her mother remained in Pakistan and she had been registered as a Looked After Child since that time; living with a number of different relatives and also spent time in care homes. One of her brothers was murdered two years ago through gang violence; her relationship with her father is strained (and she has a Forced Marriage Order in place); and she does not know where her sister is. She is also supported by the Council’s Over 18s team (a service for care leavers) and had been placed in her own flat.

From the age of 15 to when she was referred to us, she had a boyfriend who pressured her into participating in a local gang from where the original offence took place.

At first Zarina did not engage with us and would regularly skip her mandatory work sessions. She was breached and called back to court. This was a turning point and when our support really began.

As with all our service users, Zarina was allocated her own Support Practitioner who initially sat with her to undertake an initial assessment of need and risk to her safety. This was then used to develop a personalised support plan.

On the day she was called back to court, her Practitioner had promised to attend with her. She turned up to our office late with a black eye. Unexpectedly, her boyfriend arrived and tried to prevent her from attending court. We took her there in a taxi where he followed and verbally intimidated her. He was removed and she was given an extension of her community sentence.

Back at our office she revealed the extent of the violence he had subjected her to over a number of years and told us that when she had previously tried to raise it with the police she not been believed. None of the statutory services at this point considered her a high priority because she had never spoken about the relationship. However, believing her safety to be imminently at risk if she returned to her own flat, our Practitioners worked into the night with the police to secure her emergency accommodation. We also provided clothing, toiletries and food.

The next day we continued to lobby local social services to find her safe accommodation. However, she was placed into shared accommodation with just a bed. Again, we provided a care pack of toiletries and clothing (including underwear). Over the weekend, she called her Stepping Stones’ Practitioner at midnight in a state of distress who, fearing she was about to harm herself, had to call 111. Over the next few days she was moved around hostels until she eventually fell ill and had to be admitted to hospital.

Our Practitioner continued to push her case forward with local professionals and raise her severity of risk to ensure she was better supported by statutory agencies. At the same time, she helped her apply for a Non-Molestation Order against her boyfriend.

Once this was in place, the authorities deemed it safe enough for her to return to her flat. Throughout, we continued to provide almost daily emotional and practical support so that Zarina could start to look forward and plan for her future. She has also asked to undertake the Freedom programme with us. The Freedom Programme is an 11-week group programme that helps women to make sense of any abuse that may have happened to them and learn to identify and understand the tactics of perpetrators.

The future is now a much more positive place for Zarina. She is back in her own flat and we have supported her to manage her benefits (Universal Credits) to bring down her rent arrears. We have also supported her to open a new bank account (her previous account was controlled by her ex-boyfriend). She is keen to earn her own money and develop her qualifications. She has started Maths and English courses and enrolled at a local college for September. We helped her find temporary work through an agency in a local supermarket at the start of Covid. She has also just applied to undertake an Administrative & Business apprenticeship within a local statutory organisation – we are waiting to hear the outcome of the interview. We coached her through the writing of her CV, application and interview questions as well as helping to fund new interview clothes.

She has come a long way in a short space of time. Her self-confidence is high and she is so positive about the future. She no longer has contact with her ex-boyfriend or any gang affiliation. She is keen to build her family relationships and source help to find her sister. We are still providing one to one support but this is less frequent.

Yvonne was referred to Stepping Stones after she failed to send her children to school. She was given 100 hours unpaid work and 10 RAR days. Her husband had died a couple of years earlier and after finding it hard to cope, she had unknowingly fallen into housing arrears and was struggling to pay her utility bills. She had been placed into temporary accommodation.

She was living in a two-bedroom flat with her two children (aged 9 and 15 years) within a block of flats. In one to one sessions with her Stepping Stones’ practitioner, she gradually spoke of her poor living conditions – there were bare wires, the boiler didn’t work and there had been a series of assaults and robberies in the flats. She eventually disclosed that her daughter had been sexually assaulted.

With her consent and help, our Practitioner contacted the local authority to raise these concerns of which they were unaware – as she was £500 in arrears they said there was little they could do. However, we continued to press for better accommodation. Simultaneously, we referred the case to the MASH team. This pushed the process along and with additional supporting evidence from us, a move was instigated. We also liaised directly with British Gas to explain the situation and re-establish her gas supply.

Living in a safe, secure and well-maintained property, Yvonne is now more positive and able to focus on her future. She is starting a college course and supporting her children to attend school.

Freya was referred to our service in June 2019, after being given a Community Sentence for carrying a bladed article in public. Her sentence included Unpaid Work, a fine and 10 RAR days.

She was a university student suffering from anxiety, stress and a history of self-harm. She also smoked cannabis. She was in a relationship with a violent gang member and her family wanted her to have an arranged marriage against her wishes. She was struggling to complete her degree and her conviction made her feel hopeless about finding future work.
Following an initial assessment, our Support Practitioner drew up a support plan and through this, has provided weekly one-to-one support to increase Freya’s confidence and self-esteem.

She attended our art therapy and we worked flexibly to deliver personalised sessions of our Anger programme as she found it difficult to engage in a group. Her Practitioner worked through techniques to better manage her emotions and mental health. Through our encouragement, she completed her degree, and we helped her see that employment was possible. She cut her ties with her boyfriend.

Very recently, we identified a job opportunity ideally suited to her degree and where the employer understood and accepted her criminal disclosure. We coached and supported her through the application and interview process and she was successful! Freya has a new optimism and the support of her family. We continue to offer ad-hoc support to help her through the first challenging weeks so that she sustains the job.

Jenny self-referred to Stepping Stones in 2019. She was on medication for bi-polar disorder and receiving help from Charter House (local mental health service). She wanted parenting support as she was finding it difficult raising her son alone after leaving an abusive relationship with his father. Her self-esteem and self-worth were low and she had little confidence in dealing with the father.

Jenny was assigned a Keyworker who she met weekly to discuss her emotional state as well as seeking support to manage her relationship with her ex-partner. We helped her to compose emails to him and put her in touch with local solicitors to formalise contact with her son. This gave helped her to become more assertive and instigate formal mediation. In one-to-one sessions our Keyworker covered themes such as “Good Times”, “Personal Characteristics” and “Things I am good at” to help build her self-esteem and self-worth. She also undertook Cognitive Behavioural Therapy which helped address her insecurities and negative feelings towards herself.

She also participated in our parenting “Nurture” group as well as Stay and Play sessions with our childcare team. She also used childcare to attend appointments with mental health professionals – the first time she had felt confident to leave her son.

At the end of her time, she had learnt how to take control and had belief in herself to manage her relationship with her ex-partner for the benefit of herself and her son. Her Charter House support had reduced substantially due to her positive wellbeing.

Cara was referred to us by Luton social services in July 2020. She was experiencing domestic abuse; coercive control and emotional abuse from her husband. They have 4 children; all on Child Protection Plans. She came to the UK from Pakistan in 2017. Our Practitioner quickly recognised that she was suffering from depression and mental health issues primarily stemming from her abusive relationship and because she had no financial independence despite having a part time job – all aspects of her life were controlled by her husband.

Cara reached breaking point and we helped her to flee with her children, firstly into emergency hotel accommodation and then into temporary council accommodation out of area where we have continued to help Cara set-up a new life. Through establishing her immigration status, we discovered she was entitled to claim housing benefit and Universal Credit. We helped her to make the applications and secured her a free tablet through a Lloyds Bank initiative that helped speed up the applications. We help her sustain her independence, we worked with her to develop a realistic budget plan based on her income versus outgoings.

We also put her in touch with another women’s charity and have liaised with them to find furniture as well as help her to find local schools for her children. She feels empowered and independent and, although cut off from her family, feels she has made the right decision. This has had a positive effect on her mental health and confidence.